Another Virginia police officer has been indicted for murder in the shooting death of an unarmed man, this time in Portsmouth, which appears to be quickly gaining infamy as a hotbed of police misconduct. On September 3rd Officer Stephen Rankin of the Portsmouth Police Department was indicted for first degree murder and use of a firearm in commission of a felony for the death of William Chapman II. According to a leaked autopsy report, 18-year-old Chapman had been shot in the face and chest from a distance, not during a physical struggle, as Rankin told investigators. 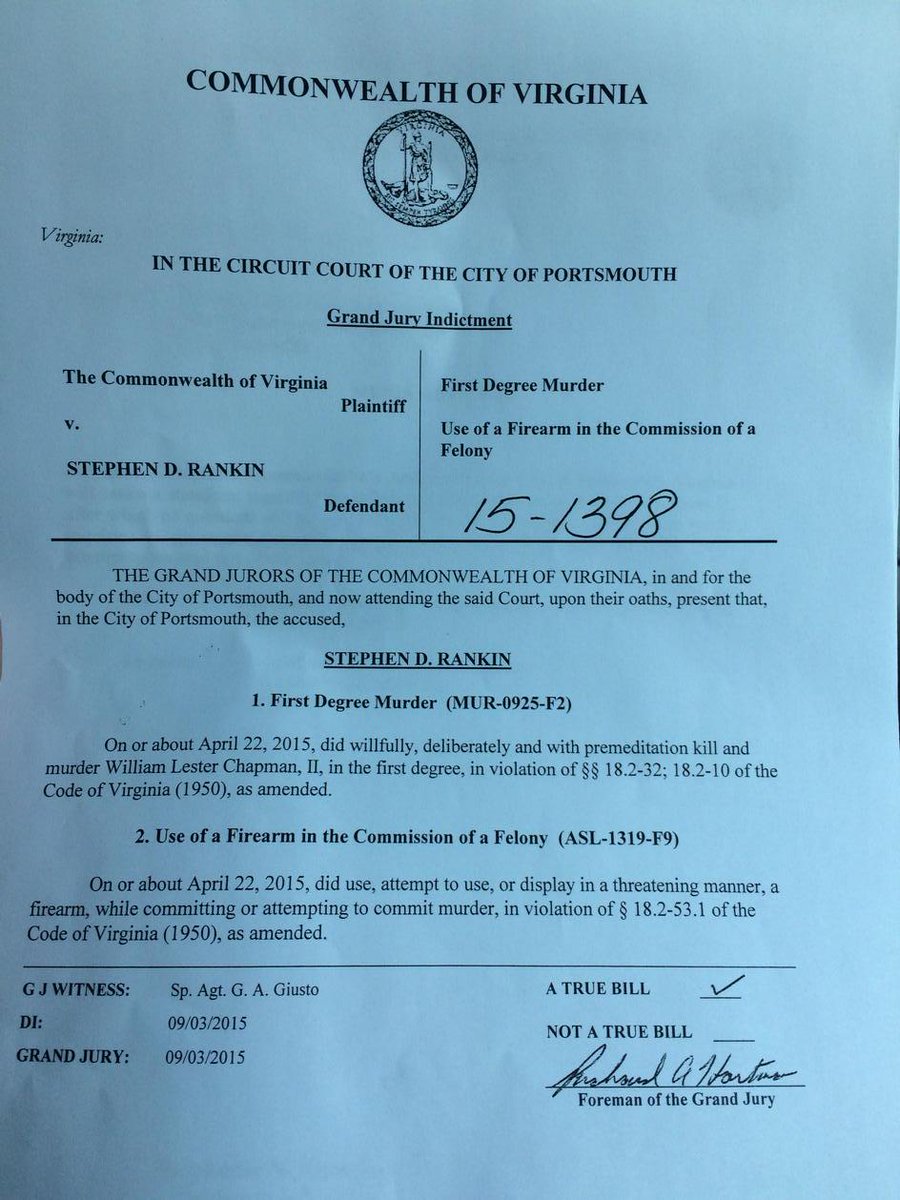 On April 22nd Officer Rankin encountered Chapman in a Walmart parking lot while responding to a report of suspected shoplifting. There is no video of the incident, but according to the Portsmouth Police Department, there was a struggle between the two men, during which Rankin shot and killed Chapman. Unidentified police officers performed CPR on Chapman, but he was pronounced dead at the scene. “Scuff-like abrasions on the 18-year-old’s face and chest indicated he was rolled on to his front, cuffed, then rolled back again, after being fatally shot,” but there is no indication of whether this was done before or after CPR was initiated.”

How many times will people have to hear stories of ruthless beatings, shootings, lying and corruption before they realize that this has become endemic?

A few good apples maybe, but even then that is becoming less and less because they don’ want to be around the corruption

We will have to end it from without