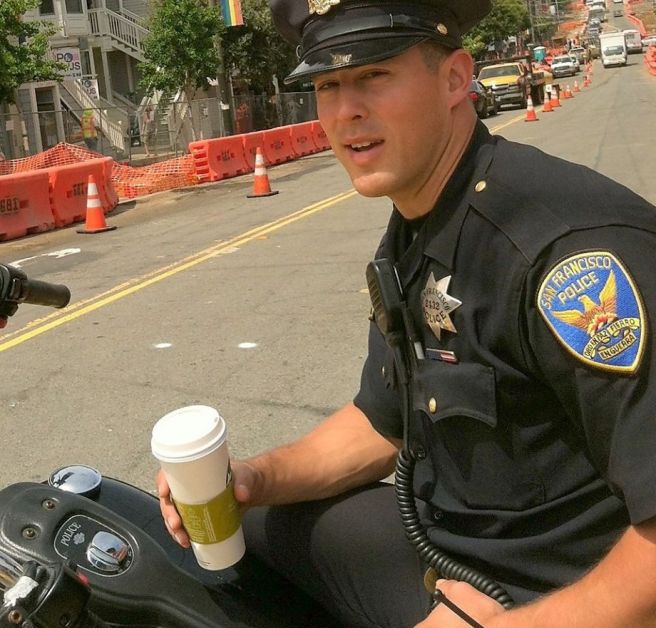 “SAN FRANCISCO (CBS SF) — The San Francisco police officer known as the ‘Hot Cop of the Castro’ was arrested after an early morning hit-and-run accident Sunday.

Police say the crash happened after 2 a.m. in the city’s North Beach neighborhood.

Witnesses say the officer, identified as Christopher Kohrs, left his car and ran off after hitting two men crossing a street.  Kohrs was arrested shortly after.  He faces two charges of felony hit-and-run.

The two men were hospitalized with serious injuries, but are expected to survive.

Kohrs gained attention for his good looks and muscular body. Last year, Kohrs became an internet heartthrob thanks to the fans who created a Facebook page in his honor. More than 50,000 Facebook users have “liked” the page.

The page includes photos his admirers have taken with him when he’s out patrolling.”

The rest is here: http://sanfrancisco.cbslocal.com/2015/11/29/hot-cop-of-the-castro-arrested-in-hit-and-run-crash-that-injured-2/

Whoever would have guessed?

Seriously, what is wrong with our society if this is the caliber of our public servants?