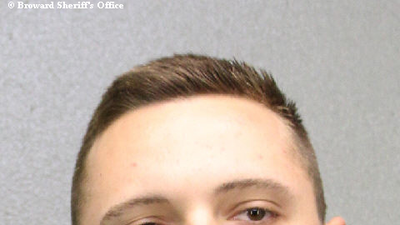 “A Broward man fired from his job as a Pasco County Sheriff’s deputy pleaded guilty late Tuesday to one count of receiving child pornography.

Matthew Bondi, 22, of Deerfield Beach, was accused of showing up to try to meet an underage teen for sex in Davie.

Federal prosecutors and the defense had been negotiating a possible plea agreement all day, but the details were not finalized until after jurors heard opening statements in the trial.

“Thank you for today [in court] and I’m sorry for my behavior,” Bondi said, looking the judge in the eye and then turning to also make eye contact with prosecutors.

Bondi had turned 22 just days before investigators said he arranged to meet a 15-year-old boy he had met online last year on Grindr, a social networking site that is mostly used by gay men to arrange sexual hookups.”

Scumbag, degenerate cops seem to be an epidemic in Florida

It is hard to believe that communities even let some of these P.D’s exist

You may have just been pulled over by a rapist

Or possibly even worse

And the best part? They have a gun

Your life or your freedom could depend on it