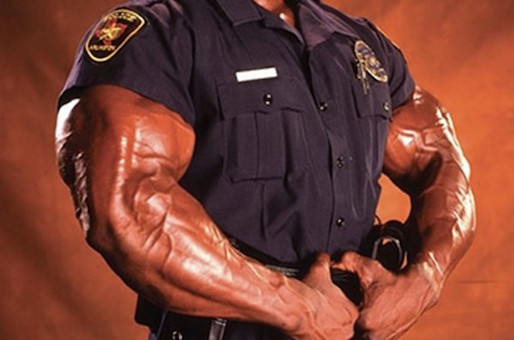 “An Ault police officer has been arrested in connection with a fatal two-vehicle crash Wednesday in Weld County that authorities suspect was prompted by road rage.

Officer Blair Jackson, 48, is accused  of second-degree murder and reckless driving resulting in death, according to the sheriff’s office. He is being held at the Weld County jail.

Jackson had just ended a shift when the crash happened near the intersection of U.S. 85 and Weld County Road 32½ — between Gilcrest and Platteville — about 6 p.m. Wednesday.

“During the incident, the Ford Ranger rolled, and the driver was later declared deceased at the scene,” the sheriff’s office said.

The county coroner said Esteban Moreno Jr., 39, of Evans died after losing control of his pickup after a collision with another vehicle.

Jackson is the only suspect in the crash.

The sheriff’s office said its preliminary investigation found the crash was the result of road rage.”

Do they go out of their way to find psychopaths to populate their precincts?

I guess this is what happens when you start to turn your local P.D.s into bases for domestic warriors instead of the source for your local public service officers