Remember this guy when you hear sworn testimony in court. “Hero” is an action, not a color.   Countless citizens are arrested and convicted on false testimony sworn to by LEO every year.    The courts will often times overlook tainted testimony because it keeps the revenues flowing and their paychecks rolling.    Whether a prosecutor, a corrupt judge or an attorney they will let testimony go that they know to be tainted.  Their sense of justice and the all important fees and fines rolling in out weigh the actual truth.    Chances are with this cop, he just did it to the wrong person. 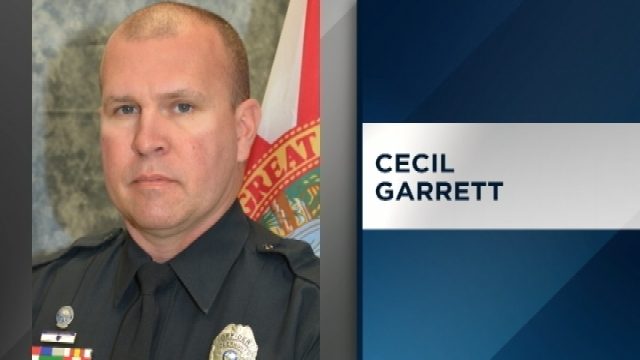 “CLERMONT, Fla. – A Clermont police officer arrested Wednesday on charges of perjury is accused of lying on 16 reports, which has so far resulted in five cases being dismissed, officials said.

Following a months-long investigation by the Florida Department of Law Enforcement, Officer Cecil Garrett was arrested Wednesday on five counts of perjury by false written declaration.Garrett was placed on paid administrative leave on March 10 after the department received multiple complaints about the officer, Clermont police Chief Charles Broadway said.

“As of March 9 of this year, the State Attorney’s Office ceased using Cecil Garrett as a witness in the prosecution of any criminal case,” Broadway said during a Thursday news conference.

Garrett was hired by the department in December 2005.

“This arrest stems from a series of isolated incidents that were dealt with swiftly and expeditiously,” Broadway said. “It is in no way reflective of the hard-working men and women of the Clermont Police Department and their commitment to serving the public with integrity and professionalism.”

Garrett allegedly told investigators that he knew the people he pulled over had either a suspended or revoked license, investigators said.

But when they looked into the cases, investigators said they found that Garrett didn’t look up the drivers before or after making a stop.

John Emens’ run-in with Garrett landed him in jail four years ago.

“I was just driving through town. Just came back from the store and he pulled me over,” he said.”