That’s right, they only got six from one department. Just a few bad apples right? Or how about , Just the tip of the iceberg. If they got that many bad cops in one sitting, then how many did they miss?    This type of behavior is common place. Cops believe that because of blue privilege they are above the law.  Every day nationwide they lie on reports, perjure themselves and abuse those that they are sworn to protect.   The only problem these numbnuts encountered was they pissed enough people off who had money for lawyers to bring about their own downfall.     Have fun in prison boys where you can now be abused by your fellow co-workers.

“On Tuesday, a sixth Paterson police officer was arrested at city police headquarters, the latest Paterson cop swept up in a more than two-year federal probe.

The officers are accused of — and some have pleaded guilty to — crimes including beating up a hospital patient and a string of illegal traffic stops in which officers allegedly stole money and drugs.

Here’s who they all are:

In December, Jonathan Bustios admitted that he and other police officers singled out motorists they believed were carrying large amounts of money and then shook them down for cash.

Former Paterson Police Officer Jonathan Bustios pleaded guilty to charges of extortion and conspiracy to deprive individuals of their human rights in the federal courthouse in Newark on Tuesday, Dec. 18, 2018. (Photo: Amy Newman/NorthJersey.com)

During his guilty plea in federal court, Bustios said the illegal stops started in 2016 and continued into 2018. At the time of his arrest in April, federal authorities had revealed only crimes that took place in 2018.

In his guilty plea, Bustios also implicated Paterson Police Officer Eudy Ramos and others for participating in the conspiracy with him. Ramos had already been arrested in the case, but authorities had not accused any other cops of making the illegal stops.

Bustios was the third Paterson cop to plead guilty in the FBI probe. His plea was the first public indication that additional officers might have engaged in crimes.

Last June, in federal court in Newark, Paterson police officer Ruben McAusland admitted he stole heroin, cocaine, crack and marijuana from crime scenes while he was in uniform and on duty in 2017. He also admitted that he later sold the drugs.

McAusland also admitted that in 2017, he pushed, punched and struck a suicidal patient while the victim was in a wheelchair and lying on a bed in a Paterson hospital. He said he then tried to cover it up by filing a false police report.

He pleaded guilty to one drug-dealing offense and conspiracy to violate the hospital patient’s civil rights — crimes that carry a total maximum prison sentence of 50 years and a minimum of five.

NJ is ordering companies to clean up: One in five residents get contaminated tap water

McAusland was the first Paterson police officer convicted in the FBI probe. He is scheduled to be sentenced Wednesday.

His crimes carry a maximum prison sentence of 50 years and a minimum of five.

He was in the same police academy class as Daniel Pent and Ramos, two of the other police officers arrested in the probe.

On Tuesday morning, Pent, 32, was arrested at Paterson police headquarters. He is the sixth Paterson cop charged with crimes in the federal investigation.

Pent was hired by the Paterson department in January 2014. He was in the same police academy class as McAusland and Ramos, two of the other police officers arrested in the probe.

The Paterson Police Department is suspending Pent without pay for 30 days, officials said. After that, he will be placed on paid administrative leave until the charges against him are resolved, officials said.

In April, Ramos was arrested by the FBI. Last week, Ramos was indicted on nine counts of civil rights crimes in the FBI probe.

Paterson Police Officer Eudy Ramos was charged with extortion and conspiracy to deprive persons of their human rights. (Photo: Courtesy of the Paterson Police Department)

The indictment alleged illegal traffic stops and shakedowns by Ramos. Additionally, it contained charges that Ramos conspired with four other Paterson police officers— including Bustios and Matthew Torres — to target vehicles for illegal stops and searches and taking occupants’ money.

He was in the same police academy class as Pent and McAusland, two of the other officers arrested in the probe.

Ramos is scheduled to be arraigned on charges Wednesday.

In May, Roger Then was arrested by the FBI in connection with the beating of a suicidal hospital patient while the victim was in a wheelchair and in a hospital bed.

Roger Then, second from right, is sworn in as a Paterson police officer along with six other recruits in 2016. (Photo: Mitsu Yasukawa/Northjersey.com)

During his guilty plea, McAusland said that Then, his former partner, also participated in the hospital assault and coverup.

Then was accused of making a video recording of the beating, which was allegedly carried out by an unidentified city police officer, according to a federal affidavit establishing probable cause for Then’s arrest.

The officers’ alleged attack injured the victim’s face, and he needed eye surgery as a result of the beating, federal authorities said.

Then has been a member of the Police Department since July 2016.

It was the same incident in which McAusland was also implicated.

Then was the fourth Paterson police officer arrested by the FBI.

Paterson police officer Matthew Torres was arrested by federal agents, and charged with participating in an illegal traffic stop in Paterson last December. (Photo: Courtesy of the Paterson Police Department)

Torres was charged with violating people’s civil rights and was accused of participating in an illegal traffic stop in Paterson in December 2017.

During this traffic stop, Torres and Ramos, one of the other accused cops, allegedly took $1,000 in cash from a passenger in the vehicle.

In 2017, Torres was suspended for 30 days in connection with allegations of steroid use, according to city law enforcement sources.

Court records indicate that at least one more Paterson police officer is suspected of participating in the crimes, but authorities have not identified the officer.

Joe Malinconico of Paterson Press contributed to this article.

And that is how it goes; If you are not a cop then you are scum or a dirtbag. But it is just fine for them to do it as long as they don’t run into a parked car.    This is the caliber of who is now patrolling our streets. They are no longer here to serve and protect. They are now a domestic military force charged to subdue and profit.

As such they believe themselves to be above the average citizen and too good to follow the laws that they are tasked with enforcing.    If this doesn’t change, it is going to get much worse before it gets better.

“EL PASO, Texas (KTSM) – An off-duty El Paso Police Department officer was arrested Sunday morning on suspicion of driving while intoxicated, while another officer was in the passenger seat.

A police department news release said Sneed was driving a Dodge Ram pickup truck north on Piedras when it hit a Mazda 3, which was parked. The Mazda had two men inside it, but they were not injured, the release said.

The passenger, 34-year-old Andrea Zendejas who was a regular officer on A&E’s Live PD, was taken to the hospital with minor injuries, the release said.

Officer noticed that Sneed was allegedly intoxicated and he was placed under arrested and booked into the El Paso County Jail.

According to police, Sneed is a two and a half year veteran of the department and was assigned to its DWI Taskforce on a temporary rotation earlier this year.” 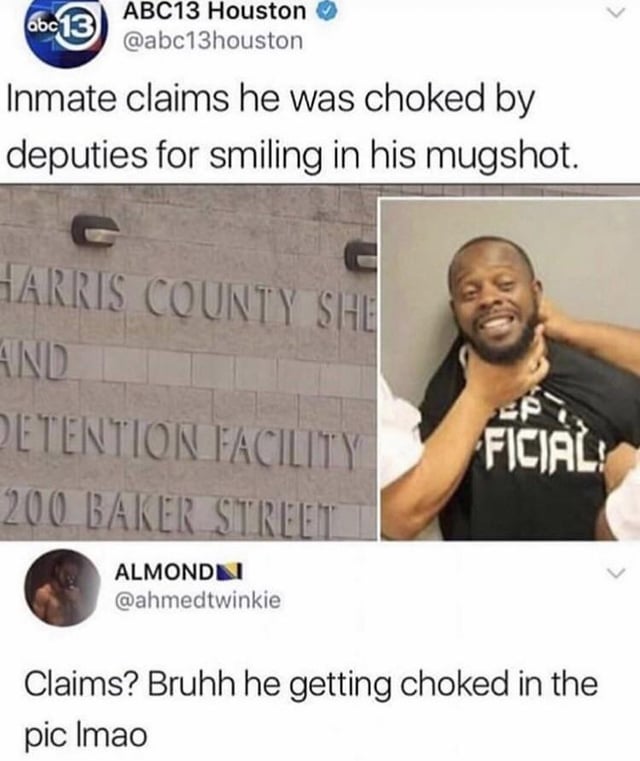