Rape, robbery, beatings and plenty more…. This is for all of you people who say ” I don’t have anything to worry about because….”    You do in fact have something to worry about when this is the caliber of person behind a badge and a gun. When one of these “Heroes” pulls you over on a dark lonely highway, your life and liberty are certainly in jeopardy. It doesn’t matter what you think you did or didn’t do. Read on and beware being stopped by any of these badged miscreants

The dog is down

Back as soon as possible, Jay 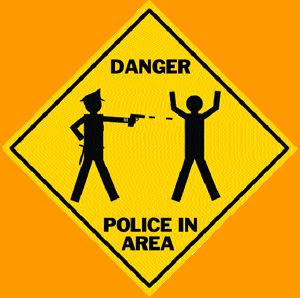 “Authorities in Florida have arrested a former sheriff’s deputy after an investigation found he routinely pulled over drivers for minor traffic infractions and then arrested them after planting drugs inside their vehicles, officials said.

The Florida Department of Law Enforcement said in a release that agents arrested 26-year-old Zachary Wester on Wednesday morning on felony charges of racketeering, official misconduct, fabricating evidence, possession of a controlled substance and false imprisonment.

The former sheriff’s deputy was also charged with misdemeanor perjury, possession of a controlled substance and possession of drug paraphernalia.

The office said the arrest came as a result of an investigation it launched at the request of the Jackson County Sheriff’s Office last year.

“The investigation shows Wester routinely pulled over citizens for alleged minor traffic infractions, planted drugs inside their vehicles and arrested them on fabricated drug charges,” the department said. “Wester circumvented JCSO’s body camera policy and tailored his recordings to conceal his criminal activity.” 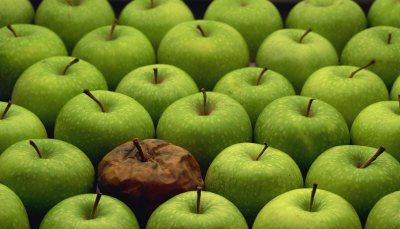 Please make the case that this is still “Just a few bad apples”. Read the below and then tell me that my assessment of cops is wrong.   Racist , scumbag, power mongers and bullies paid for on our dime.Not just that, they are supported by corrupt judges and prosecutors who profit off of their misdeeds.    The whole stinking system is corrupt and needs to be brought to the ground.  With groups like the plain view project (who brought this to light) and the Video age, it is going to happen sooner rather than later.     As Joe Gamaldi, Houston police union president so aptly said “We’ll be keepin’ an eye on all of Y’all”

” Researchers obtained rosters of police officers and then looked them up on Facebook, according to the project’s website.

After examining the profiles to confirm they belonged to police officers, they reviewed public posts and comments to see if they would “undermine public trust and confidence in police.”

So far, two police departments, one sheriff’s office and one circuit attorney’s office have announced they are taking action:

On Thursday, Dallas Police Sgt. Warren Mitchell announced the department was conducting an internal investigation as a result of The Plain View Project, “to determine if the officers violated the Department’s Social Media Policy, or any other departmental policy.”

Mitchell said the department is working with the project’s founder to obtain the list of names and posts by employees connected to Dallas police. The internal inquiry’s findings will be made public, Mitchell said.

“We take these matters seriously and we want to ensure the community that we will not tolerate racism, bigotry or hatred of any kind in our organization.”

Philadelphia police said it had taken 72 police officers off the street and placed them on administrative duty pending an internal investigation into posts that included Confederate imagery, anti-Muslim sentiments, violent rhetoric and racist comments.

An independent law firm is assisting in the investigation, per Philadelphia Police Commissioner Richard Ross. Each post will be examined to see if the speech is constitutionally protected by the First Amendment, he said. If it is found to be protected, “no further action will be taken.”

The department will also review its social media policies and consult the Anti-Defamation League.

The Philadelphia Fraternal Order of Police Lodge #5’s President John McNesby said in a statement that the officers “are entitled to due process just like any other citizen.”

“Far too many officers have been taken off the street during a time of increased violence in our city,” he added.

St. Louis Circuit Attorney Kimberly M. Gardner’s office announced 22 officers would be barred from bringing their cases to her office as a result of posts that came to light in the Plain View Project.

Cases in which these officers serve as primary witnesses are not currently being prosecuted, according to spokeswoman Susan C. Ryan, but it’s unclear how many cases that affects.

“When a police officer’s integrity is compromised in this manner, it compromises the entire criminal justice system and our overall ability to pursue justice,” Gardner said in a news release.

“After careful examination of the underlying bias contained in those social media posts, we have concluded that this bias would likely influence an officer’s ability to perform his or her duties in an unbiased manner.”

Seriously, who is the person who is pulling over? You know nothing about them or their moral character. All you know is that your heart rate jumped to 120 when you saw lights in your rear view. This person has a badge and a gun and is backed by plenty of other cops and the court system.    Your freedom and life , from the very first moment you interact with them, are at risk. Just because they are sworn officers of the court and enforcers of the law, does not cover the character flaws that drive so many to enter law enforcement. Many are people with issues of control and power. These issues show in their professional interactions and often spill over into their personal lives.  For example:

National center for women  and policing

“Two studies have found that at least 40% of police officer families experience domestic violence, (1, 2) in contrast to 10% of families in the general population.(3) A third study of older and more experienced officers found a rate of 24% (4), indicating that domestic violence is 2-4 times more common among police families than American families in general. A police department that has domestic violence offenders among its ranks will not effectively serve and protect victims in the community.5, 6, 7, 8 Moreover, when officers know of domestic violence committed by their colleagues and seek to protect them by covering it up, they expose the department to civil liability.7

Domestic violence is always a terrible crime, but victims of a police officer are particularly vulnerable because the officer who is abusing them:

Victims often fear calling the police, because they know the case will be handled by officers who are colleagues and/or friends of their abuser. Victims of police family violence typically fear that the responding officers will side with their abuser and fail to properly investigate or document the crime.5, 7

These suspicions are well founded, as most departments across the country typically handle cases of police family violence informally, often without an official report, investigation, or even check of the victim’s safety.5, 8, 9 This “informal” method is often in direct contradiction to legislative mandates and departmental policies regarding the appropriate response to domestic violence crimes. Moreover, a 1994 nationwide survey of 123 police departments documented that almost half (45%) had no specific policy for dealing with officer-involved domestic violence. In that same study:

Although the International Association of Chiefs of Police have prepared a model policy on police officer-involved domestic violence, there is no evidence that police departments across the country are doing anything other than simply including the policy in their manuals.

The reality is that even officers who are found guilty of domestic violence are unlikely to be fired, arrested, or referred for prosecution, raising concern that those who are tasked with enforcing the law cannot effectively police themselves.5, 6, 7 For example:

In fact, an in-depth investigation of the Los Angeles Police Department conducted by the Office of the Inspector General concluded that the discipline imposed on officers found guilty of domestic violence “was exceedingly light when the facts of each incident were examined” (p. i).12

The study of the Los Angeles Police Department further examined the 91 cases in which an allegation of domestic violence was sustained against an officer.

In 1997, the Los Angeles Office of the Inspector General conducted an investigation of the LAPD after a legal consultant named Bob Mullally leaked shocking LAPD personnel files to the press. These files documented scores of violent domestic crimes committed by LAPD officers. Mullally was so shocked by the LAPD’s mishandling of this police family violence that he decided to violate the civil protective order in the case he was working on and turn the files over to the media, in the hopes of creating change in the LAPD.

More at the original : http://womenandpolicing.com/violenceFS.asp#notes