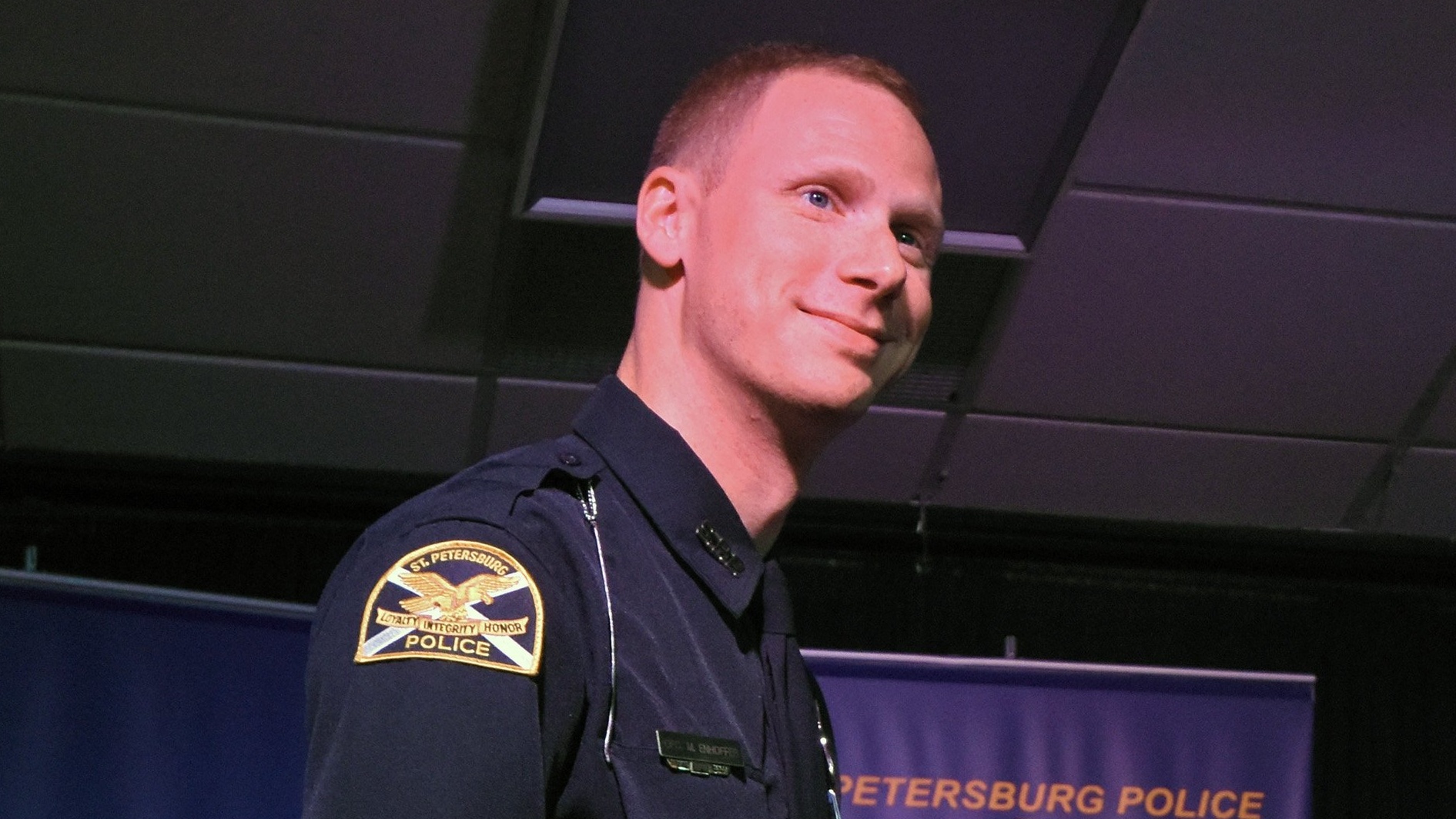 Feel safe yet? Feel like getting pulled over on a dark highway? The thin blue line that protects us from anarchy…. And our children.   Do you ever wonder who the man behind the gun is? That sworn officer of the court, who’s word is given the weight of truth by a judge?   Well, we now know who this guy is; His badge and his mask are off. A real hero he was ; He managed to kill an 18 yr. old with his shotgun in a shoot out and got the highest award available. Wow! Color me impressed.

A police officer was arrested Thursday by Department of Homeland Security agents who said they discovered child pornography on his computer.

“It’s a shock for us at the police department,” said police Chief Tony Holloway. “The community does put a lot of trust in us. We have to earn that trust back with them. We’re just going to continue to keep building a relationship with our community.”

In 2015, Holloway stood on stage and handed Enhoffer the department’s highest honor, the Medal of Valor. The award stemmed from a May 17, 2015, shootout officers had with an armed 18-year-old. The gunman shot at Enhoffer, then shot and wounded another officer in the leg.

The gunman fired at Enhoffer a second time, who then fired his shotgun at the 18-year-old, fatally wounding him.

“He was an officer that risked his life when it was needed,” the chief said, “but at the same time this allegation is very serious so we’re looking into that.”