The first departmental charges have been filed against an NYPD officer in the ongoing corruption probe, and dozens of gun licenses are now suspended because of the investigation.

NYPD Chief of Department Jim O’Neill revealed that dozens of gun licenses have been suspended or are expected to be suspended in the coming days.

The investigation was touched off with the bribery arrest of Brooklyn businessman Shaya Lichtenstein, who allegedly made thousands of dollars brokering gun permits through his connections in the NYPD’s licensing division.

Officials would not say how many suspended permits were originally brokered by Lichtenstein.

“To date, we’ve suspended 37 licenses; 17 more are pending suspension,” O’Neill said. “When a license is suspended, the weapons are surrendered and a thorough review of the license application takes place.

The chief declined to elaborate, but it is all part of the Justice Department’s investigation into police corruption in South Brooklyn, where officers are suspected of providing favors and other considerations to local businessmen in exchange for gifts, trips and cash.

Five NYPD commanders have already been transferred, and officials confirmed that a sixth officer, former 66th Precinct Community Affairs Detective Michael Milici, now faces departmental charges. He is charged departmentally with failing to cooperate with an ongoing investigation. The most severe internal penalty he faces is the loss of his job, but since he has already put in his retirement papers, that likely isn’t his concern.

Milici was suspended after he refused to testify before a federal grand jury.”

As long as they go home safe at night

That is all that matters

Right, go to google or yahoo and put in “Police Officer charged”

After that “Police officer beating”

Seriously, do it and then tell me it is “A few bad apples”

“Three Oakland police officers are being investigated for allegedly having sex with an underage girl — and another cop who killed himself may have also been involved.

The teenage victim was identified by several news outlets as Celeste Guap, now 18 or 19 years old, who may have been victimized by dozens of cops starting when she was 16.

Guap made several references to the scandal on Facebook before taking the page down entirely on Friday. She denied having any improper connections to the cops, writing that she had “harmless relationships,” within the department, according to CBS in San Francisco.

Last month, she posted a photo of Oakland cops letting her off near her home, according to the station. “Took me back to Richmond in style,” she said.”

She also referenced a cop she “messed with underage” who is no longer alive.

“The only officer I messed with underage is sadly gone now so idk why this —- is still being brought up,” she wrote Tuesday on Facebook, according to the East Bay Express.

The teen may have been referring to Oakland Police Officer Brendan O’Brien, who took his life in September after his wife killed herself in a death that has been called suspicious.”

The rest is here: http://www.nydailynews.com/news/national/oakland-cops-probed-allegedly-sex-girl-article-1.2636187?utm_content=buffer7e4cc&utm_medium=social&utm_source=twitter.com&utm_campaign=NYDailyNewsTw

Aren’t these some real winners?

I know, I know, it’s just a few bad apples

Oh, wait a minute, we do

“State police are investigating the apparent beating of a suspect by pol-ice officers after a TV news helicopter that was following a high-speed chase across the New Hampshire border caught  footage of the arrest from the air.

The driver, 50-year-old Richard Simone of Worcester, who was wanted on multiple warrants, had led police on an hour-long chase from Holden in central Massachusetts to Nashua, N.H., police said.

The video footage caught by Fox 25’s SkyFox helicopter yesterday at about 5 p.m. appeared to show two officers rushing the driver and throwing punches at him after he had lain on the ground  after getting out of his truck, and as he was being handcuffed.

State police spokesman David Procopio said one of the officers involved appears to be a Massachusetts State Police officer and the other a New Hampshire police officer.

“We were in a secondary role and it does appear to be one of our own,” Procopio said. “We review every pursuit no matter how they end and in this case we will review the footage and come to a conclusion of what the officer’s role was during the apprehension and the level of force that was used in the arrest to determine whether it was appropriate or not.”

The whole story is here:http://www.bostonherald.com/news/local_coverage/2016/05/chopper_catches_apparent_police_beating_after_high_speed_chase_video

How about this you asswipe; We will watch the video and determine whether the level of force was appropriate or not

Then based on that we will judge you

“CHAMPAIGN — A Champaign police officer accused of sex crimes against three women in two counties has been fired from his job.

Amanda Farthing, assistant director of human resources for the city of Champaign, confirmed Thursday that Jerad Gale was fired on Wednesday, a day after his 32nd birthday.

The firing came the same week that the former Champaign police officer of the year was to have been tried in a Decatur courtroom for criminal sexual assault for allegedly committing unwanted sex acts against a former girlfriend in Piatt County in July 2012. However, the trial was canceled after Gale, on Friday, waived his right to have a jury hear his case.

Gale, 32, also faces more serious charges of aggravated criminal sexual assault as well as other charges of criminal sexual assault and aggravated domestic battery for acts allegedly committed against two women in Champaign County in November 2013 and November 2014. He’s scheduled to be in court in Urbana on those charges May 31. The Piatt County case was continued to July 25.

Police Chief Anthony Cobb would not take a call from The News-Gazette, referring all questions to the human resources office.

The May 4 letter Cobb sent to Gale notifying him of his immediate firing cited his violation of departmental policy regarding conduct and the fact that bond restrictions in his pending criminal cases rendered him “unable to perform the essential functions of your position as a police officer.”

The whole story at the news Gazette: http://www.news-gazette.com/news/local/2016-05-05/cobb-fires-gale-police-job.html?platform=hootsuite

These cops these days are down right rapey

Seems like every other article I come across is sexual assault

Try this and see what you come up with

Wow! Now that is a lot of results isn’t it?

“A Florida police detective has been fired after an investigation found he took an explicit video of himself and sent it to a woman who had reported a crime he was investigating.

News outlets report that according to Plantation police, detective Peter Saglio used his personal iPod in March 2015 to have text conversations with the victim of a possible crime, then sent her a 26-second video of himself engaging in a sex act.

Saglio self-reported the incident and told police the video was meant for his wife. He destroyed the iPod he created the video with.

The victim told police Saglio had sent her flirtatious text messages before the video.”

Who ever would have thought that beating up the little officer and recording it wouldn’t turn the ladies on?

Damn, it doesn’t get much better than having your entire P.D. watching video of you self abusing 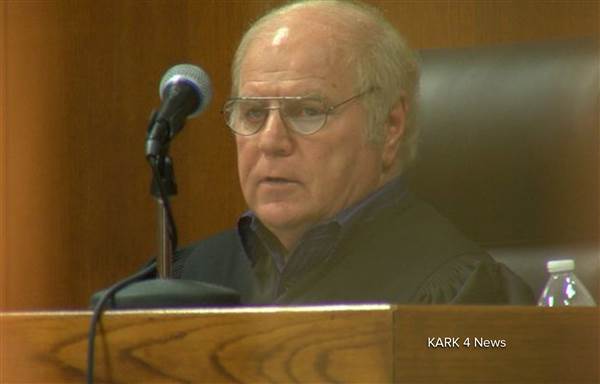 “An Arkansas judge accused of swapping sex for reduced sentences resigned Monday after a state commission said it discovered thousands of photographs from his computer that depicted nude male defendants.

In a letter to the Judicial Discipline and Disability Commission, Cross County District Judge Joseph Boeckmann said that his resignation was effective immediately, and that he would never again seek a job as a local, county or state employee.

Boeckmann’s resignation came after the commission said in a May 5 letter to his lawyer that it was in the process of recovering as many as 4,500 photos.

“They all depict young men, many naked who are in various poses inside the judge’s home and outside in his yard,” the letter states, adding that many of the men had received checks from the judge and had appeared before him as defendants.

“There are numerous photos of naked young men bending over after an apparent paddling,” the letter reads. “Please accept this as notice to not destroy [or] otherwise dispose of this paddle.”

“In documents filed earlier this year, the commission detailed the allegations of several men — including one under 18 — who described appearing in Boeckmann’s court for minor violations. The judge would often give defendants his hand-written phone number and have them serve what he described as “community service” at his home.

In one case, a man described having a “sexual relationship” with the judge while he paid off fines that for which Boeckmann granted him extensions.”

Just by nature they are already power hungry pricks

Most have the attitude that they are not above the law…..They are the law

“A former detective with the Albion Department of Public Safety is charged with aiding a couple charged with producing child pornography.

Luis Tejada of Homer was arraigned in Calhoun County District Court Friday on his 41st birthday on charges of being an accessory after the fact to a felony and lying to a police officer.

Tejada faces up to five years in prison if convicted. He appeared early Friday with his attorney, Eusebio Solis, before District Judge James Norlander. Tejada was released on a $10,000 personal recognizance bond.

His preliminary examination is scheduled for May 13 before Judge Paul Beardslee.

Prosecutor David Gilbert said Tejada is charged with assisting Norman Pittelkow and his wife, Nicole Jacob, of Albion, evade capture in fall 2015 after charges had been filed against the couple. He also is charged with giving false information to police who were investigating their disappearance.

Tejada was on administrative leave from the department at the time on unrelated allegations filed against him with the department, according to Albion Chief Scott Kipp. He said he could not discuss those allegations.

Additionally, Pittelkow said that he contacted Tejada, who came to his home to make copies of  child pornography to begin an investigation and track down those receiving the illegal images.The federal filing says Tejada never opened a report or filed the child pornography into evidence.

Tejada later sold his motorhome and gave the proceeds to Pittelkow and Jacob, advising them to flee the state because child pornography arrests warrants had been issued against them.

And then there is this: “Amber Thomas always believed police were sworn to serve and protect.

Then she met Louis Tejada.

Tejada, a police officer in Albion, a town of 10,600 near Jackson, met Thomas in March 1999 when he came to her boyfriend’s house to take a harassment complaint against her boyfriend’s ex-girlfriend.

Although he took her complaint, Thomas said that Tejada didn’t make much of an impression on her. Then Tejada sent Thomas, then an 18-year-old cleaner at Albion College, a dozen long-stem roses with a card reading, ‘I would like to get to know you better, L.T.’

Even after Tejada showed up on her doorstep around 12:30 p.m. on Sunday, March 27, 1999, Thomas didn’t recognize him until he flashed his badge.

Less than a month later, she went to the police station to file a complaint against Tejada, who had used the Law Enforcement Information Network (LEIN) to locate and begin pursuing her, state records show.***

She said police assured her Tejada would not contact her again.

Within days, however, Tejada stopped by her brother’s house. He paged her from a local tattoo parlor and stopped by a cousin’s home where Thomas said she’d be baby-sitting, Thomas said.***

Albion Police Chief L.J. McKeown Jr. said Tejada was lectured, suspended for a day without pay and put on probation. He remains on the force.